Pioneer Security Service has it's connection to Skagit County through the first permanent settler on Fidalgo Island, William Munks. William was contracted with the United States government to travel to the Northwest Territory of Washington in 1854 and establish peace with the area tribes who had chased off and/or wounded the surveyors hired to map the United States/Canada boundaries and islands in the Northwest Territory. This he accomplished and convinced the surveyors to return and along with them he also helped in this undertaking. After completion of the survey William established a permanent residence on Fidalgo Island, platted the Town of Fidalgo, built a home, a trading post where he was the first post master in Lower Whatcom (which later became Skagit County), built a dock for schooner ships along with other passenger freight ships to dock, built a hotel near the railroad terminal, and was instrumental in getting a wooden bridge built to connect March Point to Weaverling Spit and on into Anacortes. 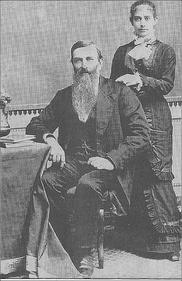 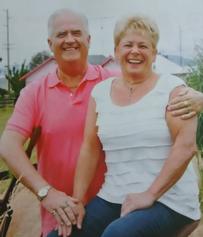 Don Munks, great grandson of William, was elected Skagit County Commissioner in the fall of 2000 and served for 8 years. He then served as the County Assessor for 5 years. Don has been very involved in Freemasonry and was elected Grand Master for the State of Washington for 2015-16.
Don and his wife Cathy have a manufacturing business on March Point (started in 1982) and through his experience in politics created a security system for his manufacturing business. This experience is what convinced them to start Pioneer Security Service and expand it initially to the northwest area of Washington. The service has now expanded state wide.   Most of the men and women that work for the company